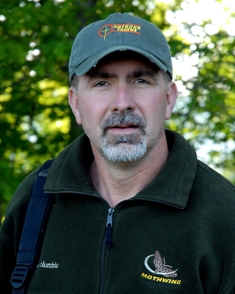 For over eighteen years Gary served as the Senior Pastor of a growing church in Tennessee.  It was during that time he began pursuing his desire to write a newspaper column to hunters and fishermen that would lead them to contemplate their relationship with their creator. The column was picked up by two newspapers. After these many years now, it covers much of the country. In January 2008, Gary resigned his position at the church to focus on Outdoor Truths Ministries full-time, through not only writing but speaking.

Gary has a Bachelor’s Degree in Bible and Christian Doctrine, a Master’s degree in Theological Studies, and a Master’s Degree in Christian Apologetics. He is an adjunct professor at a local community college and is part of a new church plant in Kentucky.

Gary has been married to Teresa since 1980. He has three children and five grandchildren.

Even though he was not raised in a hunting or fishing home, Gary has followed his heart to the water and woods since he was a child. What started on the banks of the local canal catching carp, now extends to every part of his life as he aims outdoorsmen and outdoorswomen toward Christ.

When he speaks, his message is simple. Creation points to a creator. Hunters and fishermen see it first. God did this for a reason. It is to point us to him through his son Jesus, the Christ.